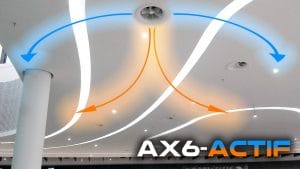 Contrarily to most Thermal Diffusers which are VAV Diffusers, EffectiV HVAC’s Thermal Diffusers do not affect the air volume. Instead, our Thermodynamic Diffusers adjust their diffusion angle automatically based on the supplied air temperature. You control how much air you want to supply and our diffusers will take care of supplying both warm and cold air efficiently. 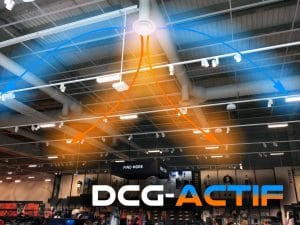 AX6-ACTIF and DCG-ACTIF thermal diffusers are great for supplying both heating and air conditioning from high ceilings. In cooling mode, cold air is diffused horizontally in order to mix with hot air close to the ceiling, before reaching the occupied zone at a comfortable air velocity and temperature.

In heating season, hot air is diffused downward in order to reach the occupied zone and prevent stratification without the need of energy-consuming destratification fans.

DCG-ACTIF‘s appearance may be preferable for some designs like restaurants with high open ceilings. Its aluminum construction also makes it the product of choice for higher humidity and rust-sensitive environments.

AX6-ACTIF, on the other hand, offers two considerable benefits over the DCG. Firstly, it diffuses the air in a swirl pattern, both in heating and air conditioning, which mixes the air more efficiently. Secondly, AX6 is available with an optional security grille for gymnasiums and sport centers. 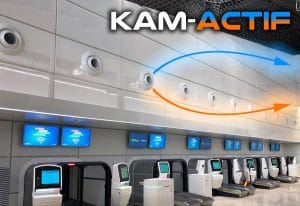 Also constructed in aluminum, KAM-W-ACTIF is ideal when supplying both heating and cooling from the wall in large open spaces. Typical applications include theaters, airports, commercial centers, libraries and train stations. Nozzle jet diffusers feature very long throw values, ideal for reaching long distances without the use of Coanda effect. However, their long throw is also greatly affected by the natural effect of hot air going up and cold air going down. In order to counter that effect, KAM-W-ACTIF and KAM-D-ACTIF will self-adjust the direction of their opening in order to send hot air downward 30 degrees and cold air upward 30 degrees.

EffectiV HVAC’s Thermal Diffusers are self-contained and fully autonomous. They are powered by thermodynamic elements – thermal spring or wax piston – which will expand or retract based on the temperature of air passing through the diffuser. Our thermodynamic diffusers do not require any electricity, configuration nor maintenance. Just install them as you would standard diffusers and immediately benefit from a more efficient air diffusion. 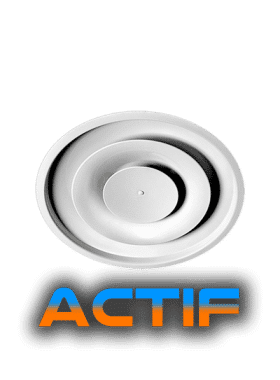 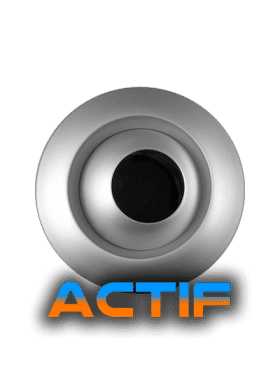 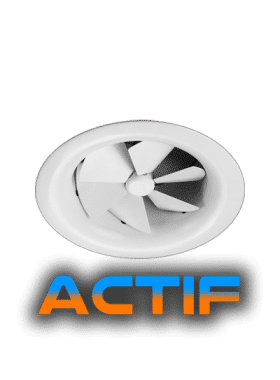